The DPSG has partner associations all over the world with whom we have long-standing friendships and joint projects are carried out. These are supervised by working groups within the DPSG or in cooperation with the respective association. Just have a look around!

The Scouts et Guides de France are the association of the catholic scouts in France. The DPSG and Scouts et Guides de France have been friends for decades. They are also central offices of the German-French Youth Office (DFJW), which supports exchanges and meetings of young people in Germany and France financially and pedagogically. In the meantime, many thousands of scouts and guides have gotten to know their neighbors better through German-French encounters.

In both federations the cooperation is institutionalized on federal level by a department for German-French cooperation. The tasks of these two departments are manifold: They arrange contacts between groups in Germany and France, organize, accompany and support group encounters if necessary, organize training and preparation courses and provide documentation and handouts for interested Scouts. 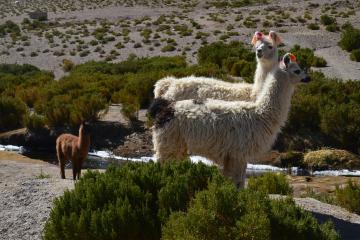 The ASB has approx. 10,000 members and is the only Pathfinder*innenverband in Bolivia. Most of the tribes are located in the cities, because in the countryside the infrastructure is very poor. Traditionally, a large number of members and especially members in leading positions come from the middle or upper class. The ASB is a coeducational association and is not bound by any confession. The squads are usually made up of students from the same school. The social differences are therefore less within the squads, but more between the squads of different districts. 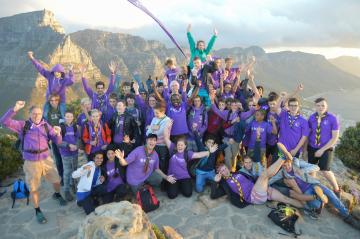 For many years already the DPSG maintains a partnership with the SCOUTS South Africa - the official scout organization of South Africa.

Meanwhile this partnership is lived out most strongly in two projects: in the volunteer service (Cape Town) and in the Nangu Thina e.V. Network (Mpumalanga). While the voluntary service in Cape Town is still relatively young, the Nangu Thina partnership already looks back on a long history.

SCOUTS South Africa is the largest youth organization in South Africa with over 190,000 members. The organization stretches across all social classes, cultures and ethnicities, uniting them into one large community.
Just like here in Germany, the South African scouts spend their free time with weekly group lessons and cool camps. In addition, there are regular competitions, where the different tribes compete against each other in various activities, such as sailing or hiking. 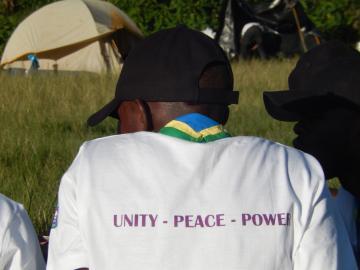 The partnership between the DPSG and the ASR begins in 1978. The first time a delegation of the DPSG travels to Rwanda, in order to prepare with the Pathfinder*innen the first common annual action. The German Pathfinders*innen become acquainted with the working method of the Ruander*innen, which is characterised by "Scoutisme Utile", which means as much as "Pathfinden is useful". That means, Scouts*innen in Rwanda try to act for the benefit of the whole society. The German Scouts*innen want to support this work. Two years later the plans are put into action with the annual campaign 1980 "Your way - our responsibility". With the collected money the partnership and the training center of the ASR in Gisenyi are supported.

Since 2018, there has been a group of interested people who would like to revive the partnership between the two associations. The planned mutual meetings have recently been postponed several times. For the realization we are in constant exchange with the Rwandan partners.

Israel, Palestine, Jordan and from now on Lebanon are among the countries with which we maintain partnerships with Catholic Scouting. Making encounters with scouts in the Middle East possible is the goal that the Near East Satellite Group has set itself. They care for activities and contacts approximately around the holy country.

It is about impressive scout encounters: Together, we want to develop understanding for the lives of Scouts in the Middle East, invite intra- and inter-religious dialogue in the Holy Land, and simply support German Scouts to meet Scout friends in Israel, in Palestine, and in Jordan, here or there.
Because one idea unites us all:
We are Peace Scouts.